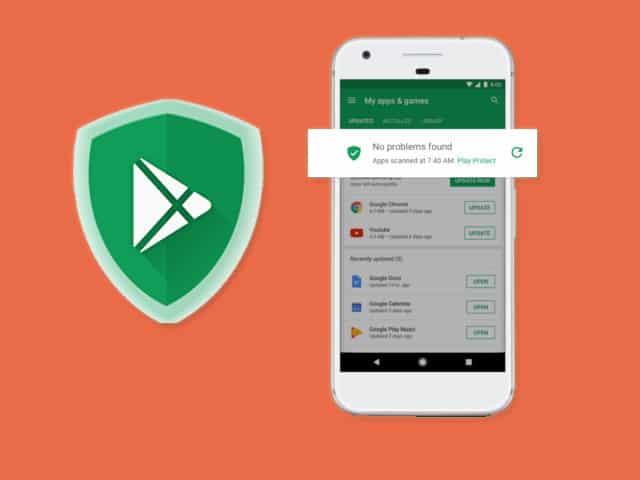 Google Play Protect is a Security Feature that Recently Google has Updated in its Android App Store. Play Protect is super Beneficial for Android Users because it helps them to stay away from harmful Apps. We all know that In today’s generation nobody cares about others. The same goes for App developers; they build apps for themself, to generate money and leave others in the gutter. Well, you don’t need to care more about the harmful apps anymore because Google Play Protect has taken all the Harmful Apps and Games Down.

So, basically in this article, you will get clear about everything related to Play Protect. What impacts it makes, how it combats with harmful apps and stuff like that.

What is Google Play Protect?

It is a Robust Security Feature and a Part of Google Play Store. It scans apps and Games that Has installed in the Android phone and helps users to stay away from Harmful apps. Also, it scans every app before complete Installing on Android.

Google Play Protect is So strong and it not even only scan the Apps from Play Store, it also Scans the apps that you store and Installs from third-party sites.

Google Has really taken a Strong step towards harmful apps and it should be because all the Android tasks happen under their responsibility.

Now, let me explain what it actually does.

Read More: How to Download, Install, and Update App on Google Play Store

What Google Play Protect Does?

It scans every app on a regular basis that is Installed in the Android Phone. And when the Scanner founds any Harmful app installed, it either warns the user of Android or sometimes removes the app with a notification.

The Scanner checks the entire code and glitches of Apps. And according to the situation, it acts. Suppose you have built an app and the Privacy Policy of the app has a fault! Guess what happens when anyone installs your App in their Android. Yes, definitely the Google Play Protect will warn or remove the app from Installed Android.

So, For testing what it actually does; Download and try to Install KingRoot App from Here. I said this app to try because it is a type of advanced level app that changes Android Phone from official to Custom. By Rooting the Android Phone, we get permissions and the ability to customize such high things on Android devices like ROM.

So, guess what happens when you try to install the KingRoot App? Google Play Protect will definitely warn you at the Installation Process time. But you can still ignore the warning and install the app if it has medium Damage ability. Play Protect checks the Damage capability of Dangerous Apps and act accordingly.

It works like Robust Security and stays Active 24/7. Now, let me guide you on how you can check its active in your Android or not.

Read More: How to Root/Unroot Any Android Phone With Dr. Fone

How to Check Play Protect is Active on Android or Not?

It is very important to know whether the Play Protect is active or not. By knowing the condition, you can act if you needed or simply disable. So, here are the steps that you should take to know the status of Google Play Protect:

Follow the simple steps from above to check the accurate status of Play Protect to know whether it’s active or not.

Let’s learn how to Active Google Play Protect if its disabled on Android Phone.

Read More: How to Check Data and Storage Usage of WhatsApp

How to Activate Google Play Protect

So, you followed my steps to check the status of Play Protect and found it disabled. And now you want to learn how to enable it. Right?

Here is the step-by-step process on How to Active Google Play Protect:

Now, let me also show you how to Deactivate Play Protect on Android Device. Because many of you may want to use Such types of apps in Android for Development Purpose. But not able to Access the app because of this Robust Security.

Read Also: How to Share WhatsApp Location Instantly When you are in Danger

How to Deactivate Google Play Protect

Whether you want to customize your Android device by using the advanced level app or Just Want to Root Android with KingRoot or other Rooters. You can’t do these things without disabling Google Play Protect (Robust Security). It can trace your activity 24/7, so don’t think about making it fool.

Well, let me give you air cover to let your desire done. Follow the steps from below to Deactivate Google Play Protect:

Not complicated right? So, I think I have Pretty much explained about setting up Google Play Protect in this article. Let’s see how impactful it is for us.

Read it too: How to “Disable After Call Details” in True Caller

Play Protect is not Good for all the Android Users. It may be bad for some of the developers. But its really helpful for Normal Android users because it’s so strong at protecting from bad Apps. 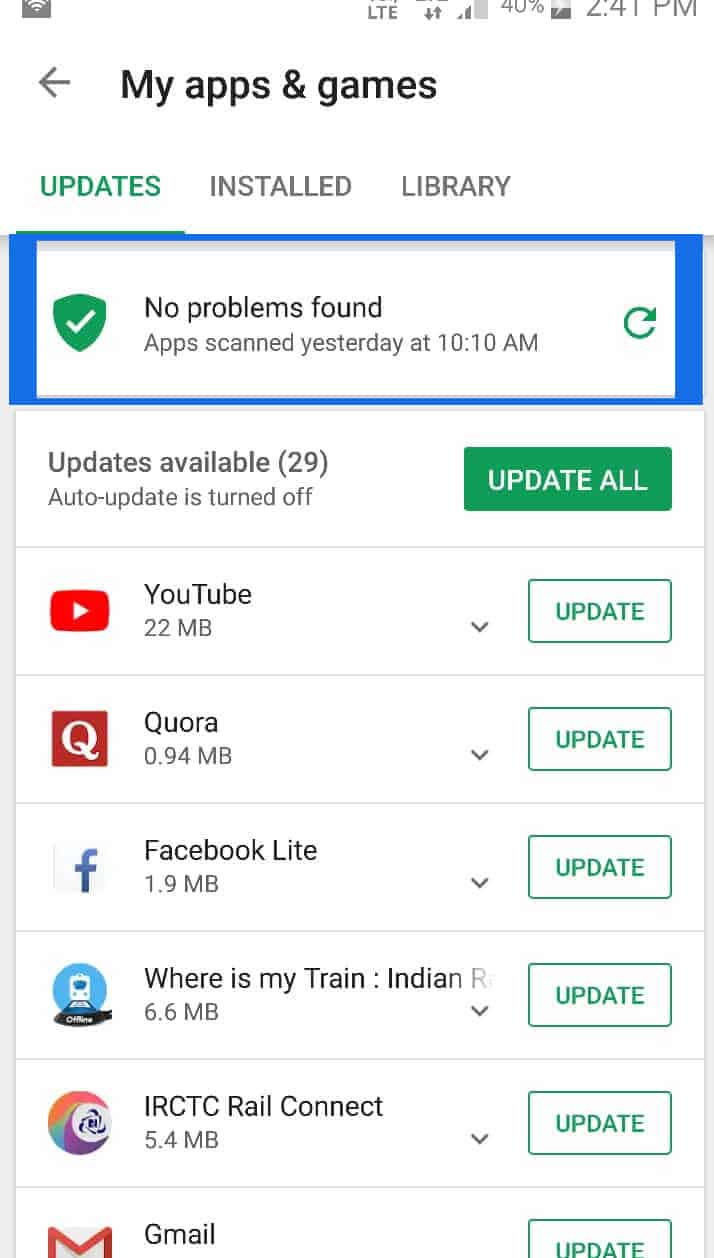 Let’s break down the Pron and cons of Google Play Protect so, you clearly decide whether to use it or not in your Android phone.

There is no security technology that didn’t have pros and cons! I have exposed everything about Google Play Protect in this article.

Read More: How to Instant Play Games on Play Store Without Installation

Play Protect is really a High tech security feature that Google has Updated in his Play Store. And its Protect from various types of Harmful Apps, malware from entering and damaging the Android phone.

Google Play Protect is building Trust on Android users because it’s the real and only true Security.

I have explained everything about Play Protect in this Article. If I left anything, please mention it in the Comment Section. I will Implement with the credit tag; your Name.

Hopefully, You Liked this Article? If so, thank us for sharing this article with your loved one. And don’t forget to explore more from below.

3 thoughts on “Google Play Protect: Everything You Should Know About”