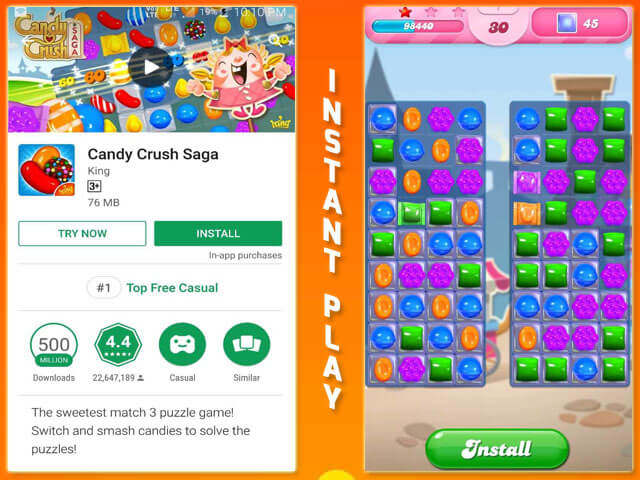 So, do you wanna Instant Play Games on Play Store?

Well, it’s easy and anyone can Instant Play Games on their Android. You Probably know how to Install Games from play store and Run. But do hear directly gameplay on Play Store?

You may not hear this before. But that’s true that you can play Games directly on Play Store. Some of the games only, not all.

Instant Play Games is an amazing feature. It means you can try games first then install.

And these features made to deliver a better user experience. You can test the game first then waste data on it to download on your Phone.

Well, there are limited games listed on Play Store to Instant Play Games. And in this post, I’ll show you all of the listed games. And also show you how you can Play enjoy those games on Your Android for Free.

So, let’s get started. Firstly, let me show you the Awesome games that are available for Instant Play.

Here is the list of the Games that you can play on Play Store before installing it:

A handy casual game that you can play on the Go. Candi Crush will make you busy any time you play. It never lets you get bored because the Game is quite Entertaining. In candy crush, you have to move the candy and make the at least triple line of the same candy to get crushed. You can also make four or five lines of the same candy to get special candy. Candy Crush Saga has many levels that you can’t finish without patience. So, this is the first Awesome game from the list of instant play games.

A multiplayer version of Clash of Clans and a Must play Game for Strategies lover. Clash Royale is probably a war type game that you should play if you are a Strategies game fan or lover. It is a kind of fighting game in which you have to fight to the opposition. Clash Royale rewards you by unlocking the facilities the game have like special elements that COC contains. It is a well interesting version of Clash of Clan and must say you should try this instant play Games.

An awesome puzzle solving instant play Games. I state awesome because of its kind of interest time-pass game that you can you directly. The Umiro is based on Story! A story of two lovers Huey and Satura. Somehow they reached in a Umiro world where they have no clue. They didn’t know their past even their identity. In that game, you have to play the role of one of them and solve the levels. When you solve the levels, the chances of getting out of the Umiro world increases. That’s the Game logic. And this game is probably for those who solving stories. Unfortunately, it has a price tag that means you have to pay to play the game. Don’t be sad because there are many awesome games are available in our instant play game list to play for free. So, just be patient.

An old and Popular Card Game since it launched. Solitaire is very famous we all know and Most of us like to enjoy it. Today is the bonus day for you because now you can play Solitaire without installing your Android. So, when you just want to escape the time, just play it instantly from Play Store on your Android. This one is in the 4th place of Instant play Games.

An epic strategy game that has a ton of awesome character. Final Fantasy XV is filled with full of action and it will be loved by you. Because it has amazing levels. I must say you should try this amazing game in your Free time.

6. The Walking Dead: Road to Survival

It is a role-playing game that has a massive story. The walking dead: Road to survival is a horror type game in which you have to survive in Zombies. That’s ridiculous! In that game, amazing scenes have added such as Option to choose who will survive. Totally realistic.

In the instant play games list, there are also many games that have added like Mighty Battles, Dragon Mania Legends, Bingo Pop, Defender 3 and More you can find on Play Store instant play section.

So, now let get to a Quick Guide on How to Play Instant games.

Note: This feature is available on some devices only. So, don’t be panic if you don’t find the instant play feature on your Phone.

How to Instant Play Games on Play Store?

Here are the steps to instant play Games on Play Store with Android Phone:

By following these steps you will start enjoying the Instant Play Games without any problem.

Most people face lag while running and that’s why I suggested to free up the RAM through closing Background application which makes no sense to be run.

Now, let me describe a little bit about how the Instant play Games function work.

Instant Play Games works by consuming a little portion of data from the App. The data get consumed during the app loads to start. 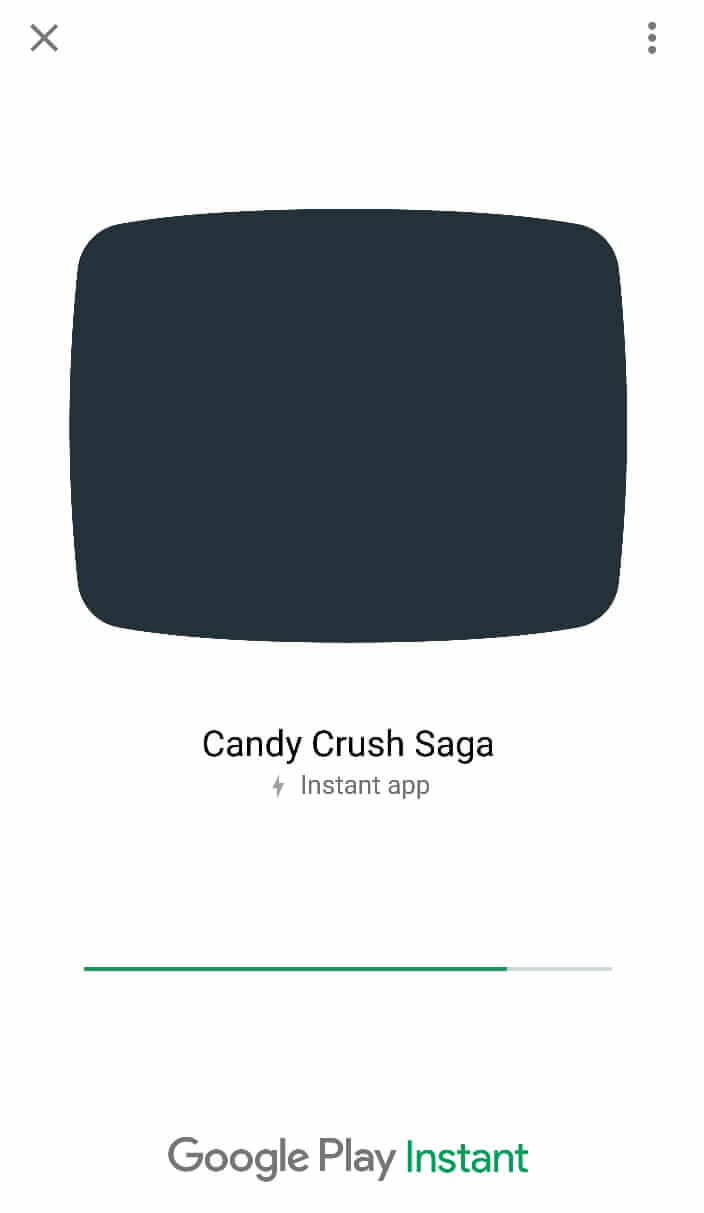 In instant play mode, you can’t play the game longer. There will be only limited features available to test the Game only.

In order to utilize the full features of the particular game, you need to install it on your device.

And the main aim of building Instant play is to give User a quick look at the app. Which helps them to choose to install or not.

Read More: Google Play Protect: Everything You Should Know About

In Instant Mode, you can enjoy the limited features that get loaded when the about to launch.

Be honest with you, it made for one reason and that is to deliver a better user experience.

And the reason for supported only in few devices is that the only devices are good in Hardware to support such heavy things. Got it? Good!

So, hope you like this one. If so then please share with your loved one and help us to reach more people.