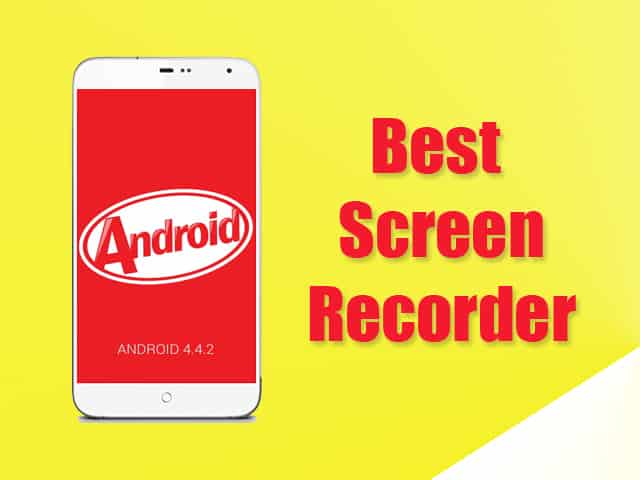 In a software market, there is little tough to find Best Screen recorder for Android KitKat. Because there are a lot of Screen recorders available. And in 2020, the Android version is upgraded to 8.0 and we call it Oreo. Hence, all the screen recorders are upgraded too and require the latest Android version to run. But some Android devices have no updates support and they can’t upgrade their Android to up from Android KitKat. And it shouldn’t be the disadvantage. Right?

So, let’s start this article and let me explain the reason why most screen recording apps don’t work in Android KitKat.

Fortunately, there are few Screen recording apps that still are able to run in the Android KitKat version. From a few screen recording apps, I have selected the 3 best Screen Recorder for KitKat Android version which is listed below. 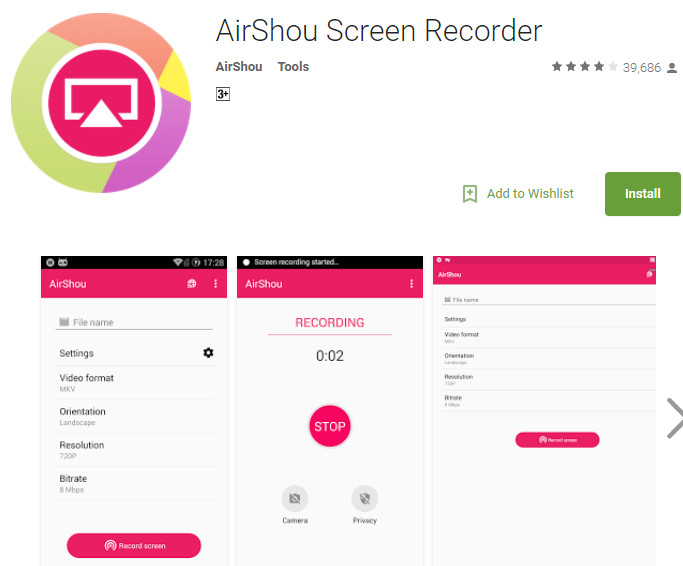 AirShou is a Well suitable Screen Recorder for KitKat and it is usually built for Jellybean and KitKat. It is also compatible with all the Android versions like Jellybean, KitKat versions like 4.1, 4.2, 4.4, 4.4.2 and all the latest Android versions too. You can use this screen recorder for recording your Android KitKat device without rooting your device. But it will work much better if you use AirShou in Android KitKat rooted device. You can also learn to Root/Unroot Android devices. So, I highly recommend checking it out right now on your Android KitKat phone. To make it more easy for you to understand, below I listed its features which will you in knowing the app quality.

Mobizen is an Award winner Screen recorder of 2016 and 2018 with over 70 million+ creator satisfaction. It is also fully compatible with the Android KitKat version. And it probably due to tons of features and stable screen recording experience. You can set recording quality, Adjust Audio, Pause and resume ability, and more. Even you can edit the recorded video in Mobizen for free. You don’t need extra apps on your Android to edit the recorded video with Mobizen. It has an inbuilt video editor that allows trimming, cutting and adding images to recorded video.

With Mobizen you can record multiple audios like Facecam Audio, Android system Audio, Apps audio, etc. And you can also record long videos with Mobizen and set storage to SD card if you have low Internal storage. Let me breakdown its features so you can get a handful of information about it. 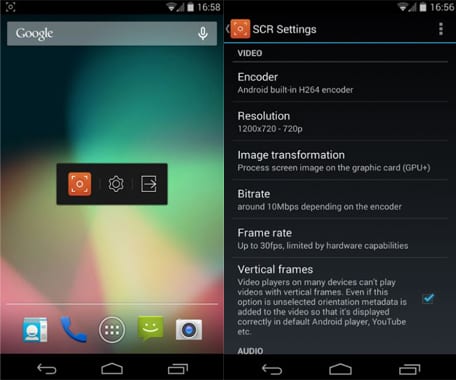 Another screen recorder that supported in Android KitKat and can record screen at high resolution. SCR Pro suggests to first Root Android phone and then record Android screen for a better experience and quality screen recording. But you can use its limited features like recording screen at low and medium quality, record video to maximum 3 minutes, save the recording in MP4 file format, recorder Android system audio and more.

Sadly, there are limited features for Android KitKat Non-rooted. But you can use these features to record a medium quality level video. Below I listed some of its features that will help you to know about SCR Pro.