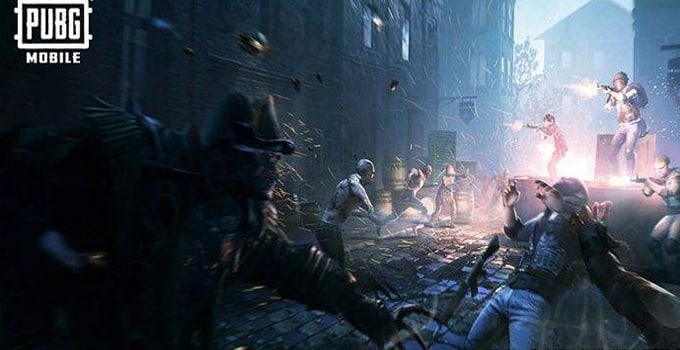 The company behind PUBG Mobile game has launched a new Zombie Mode known as Infection Mode. This mode has arrived with the update 0.14.0 which requires nearly 700Mb to finish the update. In this update, the developers have also updated some other elements and added new stuff on the game such as New elements in TDM: Warehouse, New Dashboard design, and overall looks.

It’s feeling like the game has just released due to its new update. It doesn’t feel like the old PUBG Mobile anymore. The company behind this game is very talented and knowledgable, they understand how to keep their users coming back. Well, this Infection model is way more exciting than its other modes like Zombie: Darkest Night, Zombie: Survive Till Dawn 2, etc.

Before I start explaining this game, I want you to know that this mode is only available in the latest update v0.14.0. To update this game to 0.14.0, you will require at least 700Mb. The update is large because the new update has lots of new content and a new different design. PUBG Mobile has also become well optimized and all the reported bugs have been fixed. Now, let’s start this article and get ready for PUBG Mobile Infection Mode Tips.

What is PUBG Mobile Infection Mode?

It is a new zombie mode that has arrived on the PUBG Mobile with the new update 0.14.0. In this Infection mode, two opposite teams play three rounds in a small map contained interesting elements and places. In three rounds, some players forms as normal human players and some players become infected zombies after the countdown of 25 seconds.

Both teams are packed up with armor and abilities. Normal human players play armored with two popular guns (M416 and AK47 with Jungle Mag). Whereas, Zombies have infected long sharp nails and the ability to attack with power. They can attack human players and affect them with the virus which will transform them into a zombie.

Girl zombies have different abilities compared to Boy zombie, they can make their body invisible for a few seconds which can enable them to attack human players more efficiently and hiddenly. Moreover, Zombies can transform themselves into a King zombie by leveling up EXP to 3 Bar. EXP increases when a zombie infects human players and through taking boosters.

When only three or four human players lefts, they automatically get infected and get transformed into vanquishers. And then both teams start fighting. Zombies use their claw to attack vanquishers and vanquishers use their long knife to kill zombies. Normal zombies can be killed if vanquisher successfully attacks two times. King Zombie can absorb attacks up to 4-5 by vanquishers and can still be alive.

You can know more about this Infection Mode by playing this game by yourself. After you update your PUBG Mobile to 0.14.0, you will find the Infection Mode under the EvoGround.

Do You Need to Download Infection Mode After Updating your PUBG Mobile to 0.14.0?

No! It is just like other EvoGround modes and you don’t have to download Infection Mode after updating PUBG Mobile to 0.14.0. The new update has included this new zombie mode and its file is included in the update. So, just open Google Play Store on your phone, go to My Apps & Games, and click the Update button beside the PUBG Mobile game.

OR if you had uninstalled this game and going to install again from Google Play Store, then you don’t have to worry about it. Because the latest version is published on the Play Store. Just go there, search for PUBG Mobile and simply install.

In the new update, 0.14.0 has major changes made and the design & look are a bit modified. The map section has completely changed and now you will need to go through a different phase which may feel difficult in the first place. At first launch after updating the game, you may get a bit confused and can’t be able to find the way to start Zombie Infection mode. To help you out to start playing Infection Mode in PUBG Mobile, here are the steps:

1st Step: Once you updated the PUBG Mobile on your Phone to v0.14.0, launch the game on your phone by touching the icon from the app drawer.

2nd Step: When you are on the dashboard, you will see a different design and look. Just simply click on the Map selecting icon which is just below the Start button.

3rd Step: In the next window, click on the EvoGround from the left sidebar.

4th Step: Now you will able to see all the available modes under it. Just click on the Infection Mode under the Zombie Mode section and press the yellow OK button from the right bottom corner.

5th Step: You have successfully selected the new Infection mode. Just press the Start button to start matching and enter a match.

6th Step: Once you are in a match, find a great place and get ready to become a zombie or play as a Human player armored with Guns. Also, watch around for zombies or players to kill or infect them.

7th Step: Three rounds will happen and the player who will earn higher damage will get the highest point. So, try to kill or affect your opponent to earn damage.

8th Step: In the 3rd round, play carefully and try to kill vanquishers or King zombies because killing them will earn you higher points.

9th Step: Once the third round will end, you will able to see the Ranking board where you will be able to see your points and other player’s point.

In every round, either the defender will win or zombie. If you will be in the zombie team and affect the max defenders, your points will get highlighted at the end of the round. So, now you know how to play PUBG Mobile Infection mode. Let me provide you some tips which will help you to play this mode even better.

Read More: How to Play Zombie Mode in PUBG Mobile After 1st Anniversary

PUBG Mobile Infection Mode Tips to Play Like a Pro

As of now, we explained pretty much about the new PUBG Mobile Infection Mode. Now you also know how to start playing it in the new updated PUBG Mobile 0.14.0. Let me finally share some of the tips that I have got to know after playing this mode for a while. Knowing these tips will probably help you become a pro player of this zombie infection mode.

1. Get the Boosters When Health is Less than 300 HP

In the last minute of the round, don’t rush and get excited to kill vanquishers or zombies when your HP is around 300. Because with 300 health, you won’t be able to survive and may get killed with just one attack. Fortunately, there are anti-tode boosters in the mode which will increase your HP to 100%. For vanquishers, one-time boosters will only increase 1/4 health.

There are three places in the infection mode where the Boosters are available, you will be able to see the location of the boosters on the screen when it gets ready. Boosters are basically anti-tode which gets generated on the special box after some time.

So, while you are rushing on your opponents, make sure you focus on your health and take advantage of Anti-tode boosters whenever your health decreases to 300. For zombies, obtaining boosters will also level up the EXP which will increase the chances of becoming the King Zombie.

What I mean by this is to watch with focus when and in which round you get transformed into a zombie initially. After the round starts, you see a 25 seconds countdown starts running on the top of the game screen. And once the countdown ends, as it states the defenders get to turn into zombies. This is still a very confusing statement for a lot of PUBG Mobile players. Because you don’t know who actually defenders are, initially, we all are normal human players in the game.

Well, you can know when or in which round you will transform into a zombie initially. And by knowing it you can grab pretty much point as a zombie in infection mode. According to my experience, a player gets transformed into zombie initially in the first round and if not then absolutely in the third round. This is how the initial zombie transformation works in this Infection mode.

Just play the mode right now and absorb it, you will get to know the truth that I have just said. So, when you finally know in which round you are going to be a Zombie player, get close to other players before the transformation and once you get transformed into a zombie, just attack and infect defenders and earn the points easily.

3. Attack on Vanquishers in Crouch position if You are in the Zombie team

If you are on the Zombie team and time is to crush Vanquishers, get crouch and attack on them. It will help you attack them more efficiently and while you are in this position, they will find difficulty in attacking you. Because they are limited to move & attack with their long knife. Vanquishers will hardly able to give a knife attack when you become crouch. It’s a fact that I have seen while playing this Infection mode.

4. When you are Vanquisher, try to maintain distance from zombies

In the last moment of the Round, the number of zombies will be higher than Vanquishers. And while their population is high or more than vanquishers, you as a vanquisher have to try to maintain distance from them. Because most zombies players form a trap and will attack you rapidly from all around. And you will get no chance to kill them. Escaping from them is not a solution because they run faster than vanquisher and you will receive attacks from the back.

Vanquishers can jump and move and that’s what you have to do and while doing this, try to attack zombies. Once you become better at it, you will be able to kill zombies without getting much damage.

5. Lastly, Team up when you are Defender

Defenders have lots of advantages to fight against the zombies to win the round and overall match. However, Defenders are packed up with two most powerful gun with Jungle mag in which they can fire up to 60 bullets without reloading. When all defenders will team up after the zombies appear, they can easily kill zombies. However, when the zombies start getting shots, they can’t move normally.

When a defender continuously fires on a zombie, its movement becomes slower and it can’t move normally. So, before zombies start attacking you, team up and start shooting zombies together. This way they will get killed easily, faster, and they will not be able to infect any defenders.

Read Next: How to Install Phoenix OS on PC or Laptop and Play PUBG Mobile

There are a couple of tips that I have shared in this post that will help you play better in the new Zombie mode of PUBG Mobile; Infection mode. I also have explained this new mode and how to start playing it. The tips I have shared here are totally based on my own experience and what I have learned through playing this game many times. So, just try to apply my tips while playing the Infection mode and hopefully, you will be able to perform better than previously.

I hope you liked these PUBG Mobile Infection Mode Tips? If so, share this post with your friends who also play PUBG Mobile and become better together in the new infection mode.